Since we created Reconectar, an organization dedicated to reconnecting the descendants of Spanish and Portuguese Jewish communities and the Jewish world, only a few months ago, I have been contacted by hundreds, if not thousands, of Latinos and Hispanics on our website and Facebook page, from around the world to understand more about their possible Jewish ancestry.

It has been conservatively estimated that there are well over one hundred million of these descendants, currently outside of the Jewish formal frameworks, in North and Latin America and Europe. An increasing number are becoming aware of their Jewish origins and would like to reconnect or learn more.

Almost all express a great interest and even passion for Israel. Many would like to visit, others who are seeking a more formal reconnection to the Jewish people, dream of returning home.

Previously, most Jews and Latinos were completely unaware of these shared roots and culture. At the beginning of the last millennium, up to 90% of the Jewish world was found in Spain and Portugal. Very high percentages of Jews, Ashkenazi, Edot HaMizrah and Sephardi alike, have their origins in the Iberian Peninsula, as do Latinos and Hispanics.

Our bonds are strong and historic, and awareness about our shared origins is growing by the day. In fact, in recent months there has been a surge in interest among Latino and Hispanic groups surrounding Israel.

This week, the Ministry of Strategic Affairs, in cooperation with America’s Voices in Israel, which organizes week-long missions to Israel for prominent headline-makers with widespread credibility, including leading journalists, prime-time media, entertainment and Hollywood stars, as well as religious and political leaders in the Latino community, bought a high-level delegation of Latino celebrities to Israel.

The group included Latin Grammy winning star Luis Fonsi, his model wife Agueda Lopez, actress Zuleyka Rivera, singer Ana Brenda Contreras, actress and singer Sherlyn González, actress Andrea Escalona and TV personality and magazine editor Luis Borrego. This author met with them in Jerusalem and told the group who are touring Israel, most for the first time, about the shared roots, history and culture of the Latinos/Hispanics and the Jewish People. 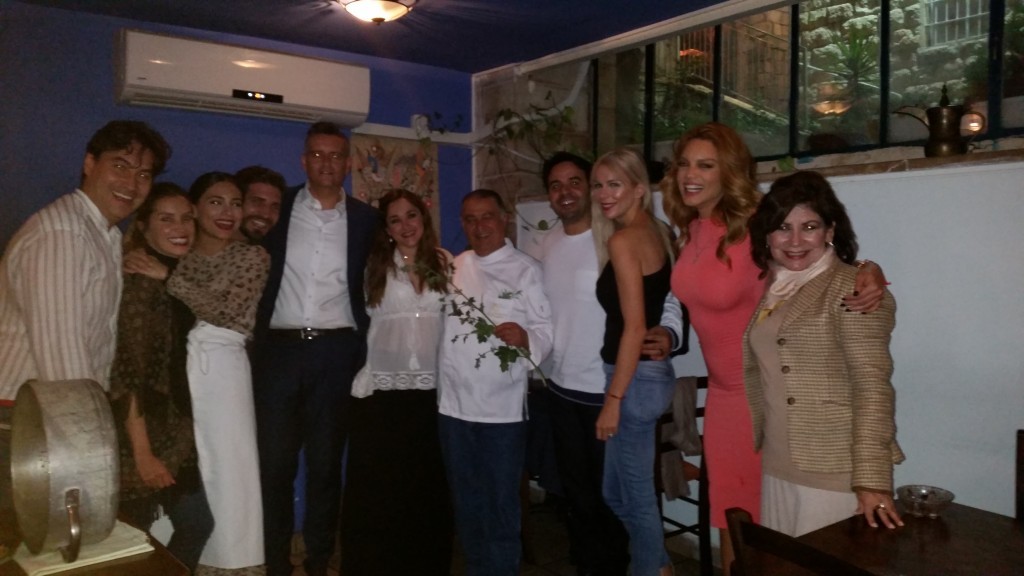 Almost all of them have names which could indicate possible Jewish ancestry and some said that they had always felt a special affinity for Israel and the Jewish People. One could sense the excitement for many of them to discover possible Jewish lineages.

It is to the great credit of Strategic Affair Minister Gilad Erdan that he has understood the necessity of reaching out to American Latinos and Hispanics, the fastest growing community in the U.S., and introducing them to, what may be for many of them, their heritage. The more Latinos and Hispanics understand their relationship with Israel on this plane, the greater the affinity and support for Israel and the Jewish People.

In addition, next week, the popular American morning television show ¡Despierta América! (Wake Up America), part of Haim Saban’s Univision Network, and the fastest growing morning show in the U.S., will be broadcasting live everyday from Israel.

During the week of broadcasts, the show will be hosted by Alan Tacher, a Mexican born Jew, from a family of Holocaust survivors who is a well-know Latino celebrity, and Alejandra Castellanos, a Mexican born engineer and television host, who discovered her Jewish ancestry in Israel, and is founder and editor of Holaland, a digital magazine in Spanish, which serves as a window for Hispanic speakers around the globe to the latest and most innovative technologies of the Startup Nation, its vibrant culture and the religious coexistence of the land of the Bible.

During the week the broadcasts will include a segment with Mamas Latinas en Israel (Latino Mothers in Israel), which brings together a “virtual home” in Spanish for a growing community of 1,100 Latinas raising their children in Israel from Nahariya to Eilat. The founders, Argentinean born Daniela Zerahia and Yael Yager, organized a wonderful group to represent the loving and fun Latino mothers in Israel.

They will also broadcast from places with such diversity as the Dead Sea, the Machane Yehuda market in Jerusalem and Nazareth, sharing with its millions of viewers the Israel they may not be familiar with, from discovering the secrets of a biblical diet to recreating an ancient Pesach meal.

What makes the ¡Despierta América! Audience even more important is that it has a median age of 44 which is 15 years younger than the average viewer of any English-language early morning show in the U.S.

Through these and many more projects, the younger generation of Latinos in the U.S., and in Latin America, will see Israel beyond the news and conflict. In fact, the more they learn about Israel, Jewish history and culture, the more they will begin to see the similarities with their own, and even learn of the great overlap in our histories. For those who seek a greater reconnection, Reconectar will be there to help and offer solutions.

A Christmas adventure in Jerusalem, the heart of the Holy Land.